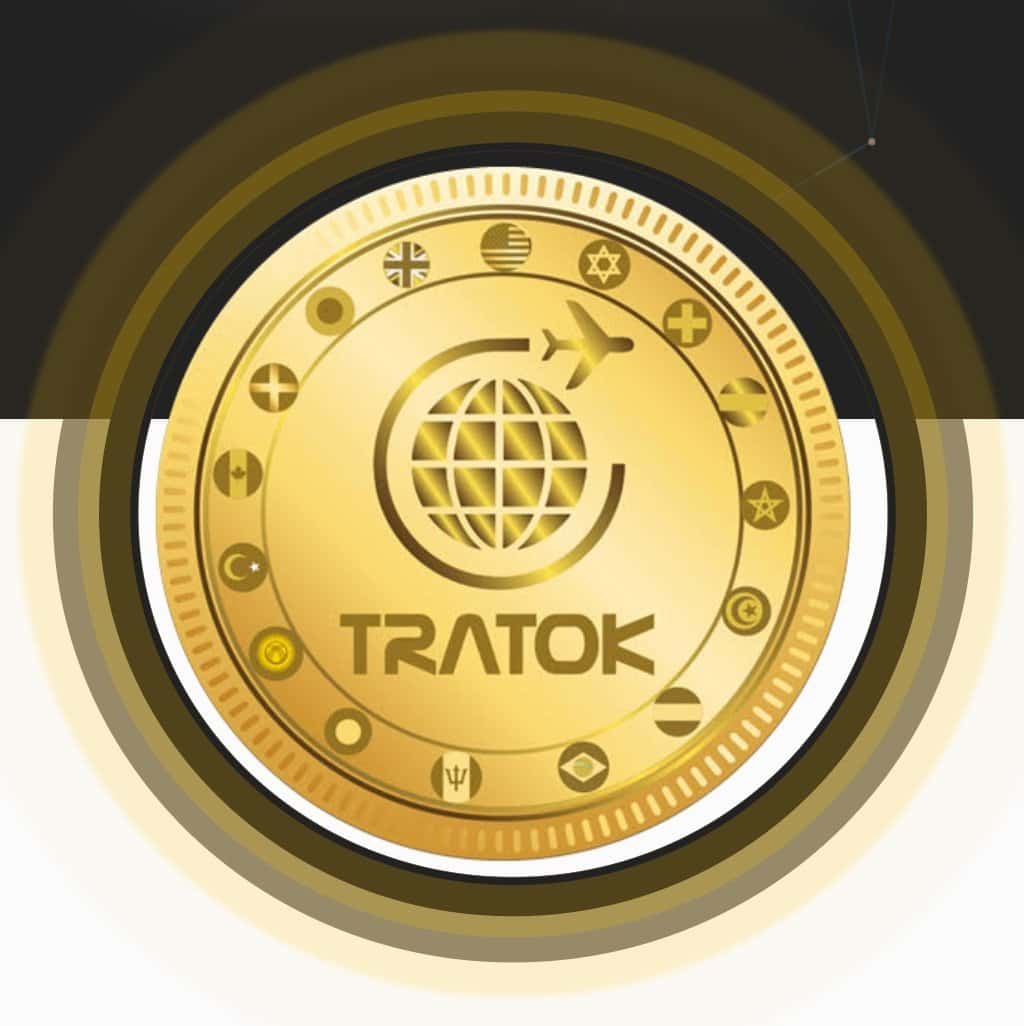 The vision behind the Tratok token has always been to make travel and tourism more cost-effective, transparent, free of fraud and fairer to all relevant stakeholders. This mission has always been taken into consideration throughout every step of the project’s life and remains the central core principle of the Tratok team. Throughout the requirements capture, team assembly, formulation and realization of the project’s strategy, the integrity of this core value has been the primary focus. The directors and developers at Tratok believe in the ability to leverage new technology to disrupt the sector and make redefining changes. In truth, the primary determining factor in whether the project succeeds is whether the application of the end product is feasible, deliverable and add long-term value. It was with this in mind and after conducting multiple feasibility studies and stress tests under various contingent conditions and scenarios, that the existing business plan was adopted.

The Tratok token is a unique token which will be used on the Tratok Travel application to make bookings for travel and tourism services. Be it reserving a hotel room, booking a flight or renting a car, this multiplatform application will result in more economical, hassle-free arrangements for clients and service providers alike. By using blockchain technology to disrupt the existing business model, Tratok offers significant advantages over existing conventional platforms.

With decades of experience leading some of the world’s most important Banks and Multi-National companies, Mr. Paillart’s experience, guidance and industry connections are of immeasurable value to the Tratok Project. Philippe Paillart is CEO and President of SIN RONG, an investment and advisory company based in Singapore, and operating in Europe, Asia, and Australia, as well as a partner of MOTET, an international advisory group focusing on financial services. He is also Chairman of LINK Financial and OneEmpower. Mr. Paillart is the former CEO and vice chairman of DBS Bank, Singapore’s largest Bank. Prior to that, he served as Chairman and CEO of Ford Credit and Ford Financial Services (the biggest finance company in the world). He created Citibank Personal Banking, the first global retail organisation within Citibank, served on the board of Citibank Germany (the largest and most profitable franchise in Europe), Standard Chartered Bank and Standard Chartered Group, directly responsible for Retail Banking and Group Strategy. Mr. Paillart graduated from the Paris Business School (ESCP) with major in Accounting & Finance. He is a graduate of the Paris University (Law School) and received a PMD from Harvard University. He then followed an early planning and marketing career at Renault with eight years in business leadership roles in banking and finance across Asia, Europe, and the US.

Tariq Bin Hendi is the Executive Vice President and Head of Products & Advisory, Retail Banking & Wealth Management at Emirates NBD Group. Tariq previously served as the CEO of Emirates NBD Asset Management and in an acting-CIO role for Emirates NBD. He has over 18 years of experience, with a primary focus on asset management, private equity and investment banking. Prior to his current role, Tariq held various roles at Commercial Bank of Dubai, Mubadala, Citigroup, Dubai Holding, Delta Airlines and UPS. He currently sits on the boards of AXA GCIC, DGCX, and ENBD REIT. He holds a PhD in Economics from Imperial College London (UK) as well as graduate degrees from Columbia University (USA) and London Business School (UK), and an undergraduate degree from Clayton State (USA).

As Corporate Vice President for Cisco’s Global Public Sector, Amr is responsible for implementing Cisco’s vision to enable the digital transformation of those who serve, protect, and educate. Amr drives Cisco’s global strategy and go-to-market for Federal Government, State & Local Government, Education, Defense, Public Safety, Healthcare, Utilities and Transportation. Leading this $12B business, Amr oversees all Cisco’s functions to deliver profitable growth, increase market share, drive Cisco’s architectural priorities and improve Cisco’s overall position in the Public Sector. Prior to this role, Amr was Cisco’s Global Managing Director for Smart Cities and IoT for Public Sector. In this role, Amr managed a global team that developed a strong GTM strategy for smart cities and the IoT portfolio. Amr grew this business from incubation stage to $1B, where Cisco enjoys a market-leading position. Prior to this role, Amr was Global Managing Director for Emerging Solutions Go-to-Market, leading sales for solutions in education, healthcare, building automation, and smart cities. Before that, he was Director Public Sector for the Emerging Markets, leading sales across Eastern Europe, Middle East, Africa, and LATAM. He came to this role after leading Cisco’s business as General Manager for the North Africa and Levant regions in the Middle East. Prior to joining Cisco in 2006, Amr held the Middle East regional General Management and Sales leadership roles for Hewlett Packard, Compaq and Digital Equipment Corporation. Amr has been a member of the Young Presidents Organization for several years and is currently the Chairman of Emirates Chapter in Dubai. He also advises many tech entrepreneurs around the world. Amr has a BSc in Electrical Engineering from Cairo University, lives in Dubai with his wife and three children, speaks English, French and Arabic, and enjoys many outdoor sports.

Mohammed Altajir currently works for Emirates NBD, the largest bank in Dubai. In his current role, Mr Altajir serves as the Manager of FX Analytics and Product Development within Wholesale Banking’s Research team. His main focus is on the major FX pairs with a strong emphasis on accurate forecasting. This is achieved via combining traditional fundamental and technical analysis with cutting-edge technologies such as sentiment miners, big data and computer-enhanced algorithms to identify market trends and risks. In his secondary role, Mr Altajir oversees the enhancement of research and informational awareness through the leverage of custom designed AI and machine learning technologies to add new capabilities to support the bank’s business functions. Combining his background in research and strategy with his strong regional business connections, Mohammed lends additional support to the project by advising on strategic partnerships and giving crucial insights into the project’s direction.

Rohit has extensive operational and financial experience within the Retail Industry across MENA, Asia Pacific and Europe. He has been instrumental in bringing some of the well-known American F&B and Apparel brands to the MENA region. Rohit has also lead on multi-billion dollar acquisition projects across MENA and Europe, covering retail and FMCG. In his previous roles, Rohit has managed total P&L portfolios with revenues exceeding USD 4.0 billion spanning 24 countries and 4 continents. Prior to the current role, Rohit was the CFO for Pasha Group Azerbaijan where he oversaw the strategic development of the FMCG landscape across the country. He played a key role in introducing an award-winning FMCG concept to the market, Bravo, which reported revenues in excess of USD 1.0 billion after completion of its 3rd year of operations. Rohit holds a Masters Degree from Edinburgh Business School, UK and is also a member of the Chartered Institute of Management Accountants.

Omar Hussein has over than fifteen years of work experience in Information Technology and Ecommerce. He has founded successful startups across multiple sectors including Technology, E-commerce and Smart home automation. He is a business professional and serial entrepreneur with extensive successful experience in Business Development, Sales and Management. Market development through distribution channels. During his career at Hewlett-Packard he ranked in the top 3% of the company’s global employees. His latest project is Home Bazar, an online marketplace empowering independent sellers and makers who create unique products from home.

Nicholas Paillart brings with him over 10 years of Loyalty and Payments background to the Team with a career spanning across Europe, South East Asia and the Middle East. As a Director at Singapore’s largest Loyalty and Payments Provider, Nicholas was instrumental in setting up and managing some of Asia’s largest loyalty programs in Travel, Hospitality and Banking, before bringing the Platform to the Middle East where it formed the backbone for the Middle East’s first network dining loyalty program. Nicholas was also hired by MasterCard’s Card Services to secure Travel and Hospitality network cardholder privileges for the Elite and World Elite programs. Member of the Rotary Club of Dubai and Regional Manager for the Bring Hope Humanitarian Foundation, Nicholas does not hesitate to leverage his network to secure Medical and Humanitarian Aid for displaced peoples across the Middle East and Africa. Nicholas is Delegate General of the Souvenir Français, a public utility organization dedicated to honoring and transferring the memory of those who gave their life for France.

Mustafa serves as a key developer for Tratok’s Machine Learning algorithm which is responsible for efficiently matching consumers with appropriate services. A holder of a BSc in Mathematics and an MSc in Applied statistics from the University of London, Mustafa has had an interesting career over the last few years. In his previous roles, Mustafa has worked as a data scientist for Aquila Insight (Merkle). In this capacity, he enabled clients including Uber, Renault, Sony and Wilko to gain a competitive advantage by helping them translate data into strategic options. Mr Kasdi has also worked with RenMoney MFB Limited, building scorecards that help determine customer loan default behaviour and therefore enhance credit risk models.